Political Issues, Views and News.
Simply don't read the political posts if you have buyers remorse.

If your a long time fallower of my posts and freelance writing history, you know I'm kind of a word smith. I've dabbled in freelance writing since the mid 80's sharing information in quit a few specific fishing magazines, and in certain monthly news paper type periodicals dealing with that same subject. So I've always liked words that grab you, take in broad meanings and describe things in a tone that demands your attention. Precipice is that type of word. And hearing it from a guest on a news program I was watching recently, about just where America stands at present with all its problems, did indeed catch my attention. So with that said, the word seemed to urge me to use it in a little piece, with full understanding of what the word Precipice means and has meant to me during my life. Because America (IMHO) has stood on the Precipice so many times during my own life, in America's own conflict strewn history a hundred times before that, and I'm guessing probably will again a thousand times before whatever end history has in store for us.

The Cuban missile crisis was the very first time I remember hearing the word Precipice used. Seen either Mr. Huntley or Mr. Brinkley use it on their CBS nightly news program as both Dad and Grandpa watched on, seeming gravely concerned. Of course, the full consequences of a possible Nuclear War with Russia in a 10 year old 5th graders mind set, seemed as distant, unreal and unrealistic to me as My (almost daily) childhood version and mental visions of Me and Big Boobs Cherri Courior taking a shower together. I could barely and mentally formulate both experiences, let alone any satisfying course of action if either one occured.

But there would be many more events during my life time where the word Precipice would be used, or at least should have been. Living through the 60's alone made that word almost famous. (MLK's murder), (California Watts riots) (Detroit riot) (Vietnam protests) and on AND ON IT WENT. Timothy Leary and the ushering in of more bigger/better, mind altering Drugs, during the rampant (baby boomer) flower power generation, continually striving through music and protests, to change the overall perception of America, often distorting its intentions and its moral level handed world responsibility for the worse. All the way into the early 90's with yet more riots all keeping the racial unrest burning.

So now we finally get a man who is not a politician as president. He See's and deals fairly with all races. He Has both lived through (Maybe not in the same fashion or like many of us) but in those same Precipice moments in time. That he both see's and understands many of our present problems from a business standpoint. Then puts his popular/luxurious life on hold and volunteers to solve Americas problems.

So Until all people both young and old really understand and grasp what history has taught us. And how using it's lessons can honestly change for the better the majority of us. And that how this unjustified and authority hating 2020 racial shaming and unwarranted RAGE is so detrimental to our country, continually spawn's, nurtures and supports self serving elected political leaders, certain paramilitary groups, key rich, selfish, naïve and ignorant people, bent on future fame or personal cultural influences, seeking public power with certain ethnic organizations and giving a million lazy Bull Shit justifications as their reasons. Until that time, current events will continue to keep us and our country "On the Precipice".
Not everyone will agree with, understand you, like you, appreciate your character, personality or politics. Not even a few benefiting from your knowledge and/or generosity. But stay true to your beliefs and convictions.
Top

Good post, Dan. I agree with 99.99% of it. If you will allow me the role of resident nitpicker for a moment, I'll tell you where I disagree: Huntley-Brinkley were on NBC; Cronkite was on CBS.

I'll allow it Fred. Funny how I confused what channel they were on, when the choices back then and for literally years was only 3. CBS, NBC and ABC.
Not everyone will agree with, understand you, like you, appreciate your character, personality or politics. Not even a few benefiting from your knowledge and/or generosity. But stay true to your beliefs and convictions.
Top

Remember with good weather and a little tin foil you could get UHF channel 57 now it's WEYI.

All People are Worthy of Respect Until They Prove Otherwise

Found an article about Precipices little brother Perspective, who also has many historic lessons to share and shed light on.

For a small amount of perspective at this moment, imagine you were born in 1900. When you are 14, World War I starts, and ends on your 18th birthday with 22 million people killed. Later in the year, a Spanish Flu epidemic hits the planet and runs until you are 20. Fifty million people die from it in those two years. Yes, 50 million.

When you're 29, the Great Depression begins. Unemployment hits 25%, global GDP drops 27%. That runs until you are 33. The country nearly collapses along with the world economy. When you turn 39, World War II starts. You aren’t even over the hill yet.

When you're 41, the United States is fully pulled into WWII. Between your 39th and 45th birthday, 75 million people perish in the war and the Holocaust kills six million. At 52, the Korean War starts and five million perish.

At 64 the Vietnam War begins, and it doesn’t end for many years. Four million people die in that conflict. Approaching your 62nd birthday you have the Cuban Missile Crisis, a tipping point in the Cold War. Life on our planet, as we know it, could well have ended. Great leaders prevented that from happening.

As you turn 75, the Vietnam War finally ends. Think of everyone on the planet born in 1900. How do you survive all of that? A kid in 1985 didn’t think their 85 year old grandparent understood how hard school was. Yet those grandparents (and now great grandparents) survived through everything listed above.

Perspective is an amazing art. Let’s try and keep things in perspective. Let’s be smart, help each other out, and we will get through all of this. In the history of the world, there has never been a storm that lasted. This too, shall pass. 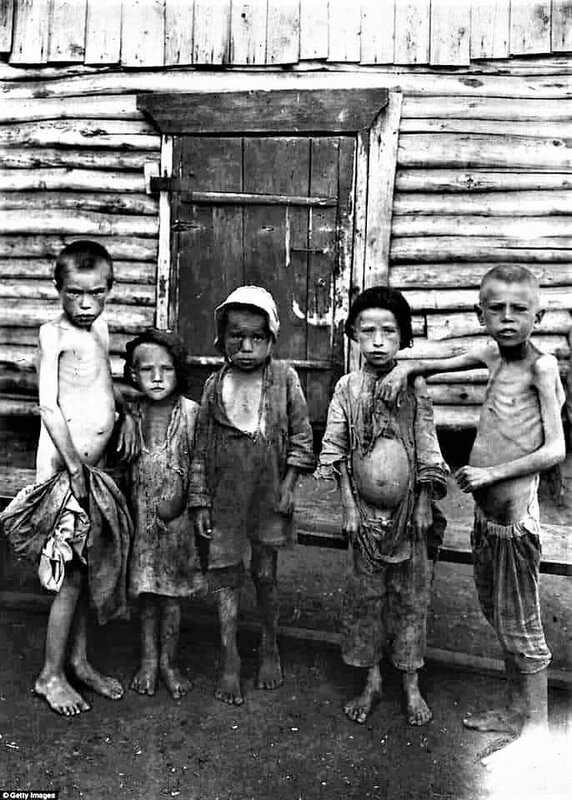 Good article, Dan. I never really thought of it, but my dad fit right into that time frame. He was born in 1902 but only lasted 'til 1974. He was born and grew up in Germany, and came to this country in the 1920s. He had family both here and in Germany through that whole period, so he would have a real appreciation of what you posted.

Btw, is that pic a representation of the "White Privilege" that some people are continually kvetching about?
Fred - Go Blue!

Its a real picture all right. But far from Representative of the ones the far left or special interests use.
Not everyone will agree with, understand you, like you, appreciate your character, personality or politics. Not even a few benefiting from your knowledge and/or generosity. But stay true to your beliefs and convictions.
Top
Post Reply
7 posts • Page 1 of 1

Users browsing this forum: No registered users and 6 guests