General Discussion: This is a great place to go to post your questions, comments, suggestions (and even complaints!). Please keep the postings at a professional level.
Thank You!

LETS TALK PLANER BOARD DYNAMICS. THE BEST CHOICES FOR DIFFERENT SPECIES OF FISH. AND SOME RIGGING TRICKS.

My very first set of planer boards were called Yellow Birds. Small Styrofoam molded configurations with a "V" shaped welding rod sized holder molded into it. The line release was set at the rods pivot point and then ran through a clip at the back of the board. Oldy enough these boards weren't that bad when pulling lighter crankbaits or light spinner rigs. And these yellow birds did indeed at times end up flying right out of the water at higher speeds or in choppy waters

But as time and equipment progressed and terminal tackle got heavier or the specie you pursued larger, it became evident some modification needed to be done to these line haulers for us fishing perfectionist's. Yesterday, while fishing/trolling with my 1/2 brother Mark on Lake St. Claire this towing theory proved itself out in spades.

Most casual fishermen are both a little gullible and not that selective when hearing about the huge selection of advertised or advised by friends on what available equipment to purchase and use. Especially the equipment that advertises itself as popular and successful but leaves out some peculiarities prone to itself. So when brother Mark first got into open water trolling and heard about trolling boards, his first response (like most things he checks into or verifies to possibly purchase, he Googles it). Such was his answer yesterday when I asked him why he had purchased the trolling board types he had and that we were now stuck using.

I will not mention the board types here, but will say that they were not the type I believe we should have been using trolling for walleyes. These style boards both towed very hard and almost refused to drop back behind the others when a fish would attach itself to the crankbait being towed. Making the man on the rod fighting the fish have to try to lift/jerk that board past any of the inside ones to avoid tangles with them. These particular board were meant for heavier lures, being towed a lot faster then we were and for bigger/heavier fish that would aide in pulling that type board back and away from the others. We actually pulled a diving lip off a Flicker minnow in a big fishes mouth, while trying to hop one board over the other.

Off Shore Tackle Company makes the boards I use for My walleye trolling and they fit my every need. I also rig my boards to release at the front, hold the line where set by the back clip and fall back and away from the other fast and efficiently when a fish hits any of your offerings. You never fight the board rigging them this way and the 3 fish we lost yesterday because of the pitfalls I just mentioned, would have been waiting in line with the other 6 for their haircuts this afternoon. 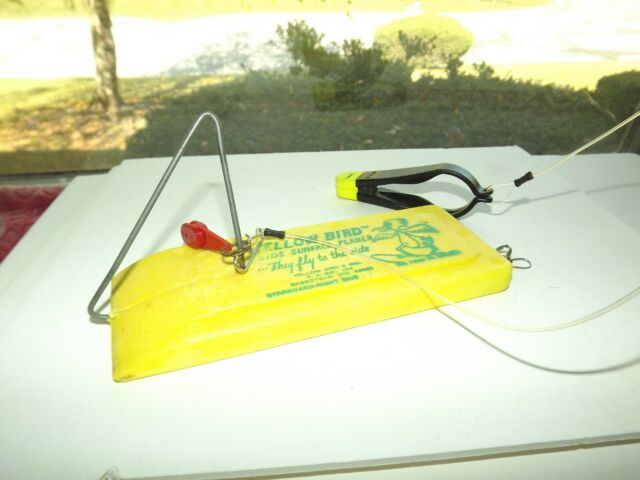 Re: LETS TALK PLANER BOARD DYNAMICS.

Re: LETS TALK PLANER BOARD DYNAMICS.

Nope. Google, Bias Book or Twitter will never understand, compare, seldom knows or shares the true fineries of what its selling the public. Their only kind of truth never assumes your knowledgably free. And a knowledgeable/free thinking man cannot be swayed or lied to very long.

Not everyone will agree with, understand you, like you, appreciate your character, personality or politics. Not even a few benefiting from your knowledge and/or generosity. But stay true to your beliefs and convictions.
Top
Post Reply
3 posts • Page 1 of 1

Users browsing this forum: No registered users and 3 guests