General Discussion: This is a great place to go to post your questions, comments, suggestions (and even complaints!). Please keep the postings at a professional level.
Thank You!

I've attended the last 2 Lake Huron Citizens Fishery Advisory Committee meeting Via Zoom internet connections and have some good news for perch and sucker fishermen concerning snelled hooks used with either beads or spinners on them. Using those of course could have qualified you for a ticket if checked when fishing for either specie during the closed walleye season.

MEMORANDUM TO THE NATURAL RESOURCES COMMISSION Subject: Fisheries Order 226.21 Hook and Line Restrictions During Walleye Spawning Runs Authority: The Natural Resources and Environmental Protection Act, 1994 PA 451, authorizes the Director and the Commission to issue Orders to regulate the taking of fish in the waters of this state. Discussion and Background: Fisheries Order 226 governs special fishing regulations in effect to protect walleye during spawning runs.


The current regulations have been in effect for decades to reduce angling pressure for walleye during the closed possession season, which overlaps with when spawning occurs. The existing regulations are complex and confusing to anglers and have led to the Department receiving several calls each year from anglers seeking clarity. Fisheries Division and Law Enforcement Division reviewed the regulations and have developed recommended updates to address this confusion. The goal of the review was to reduce the regulatory complexities while also maintaining desired protections for walleye during their closed possession season.

Saginaw Bay has transformed from historically being a limited walleye fishery maintained primarily through annual stocking efforts to currently being a robust self-sustaining walleye population that provides a world-class walleye fishery. Each spring walleye migrate into tributaries of Saginaw Bay to spawn and during this spawning timeframe they are aggregated and susceptible to being caught by anglers. This Order was originally developed as a tool to limit angling methods that had the potential to snag aggregated walleye during their spawning season. As a reminder, fishing activity for other species is lawful during this timeframe, so the restrictions provided a safe alternative for anglers to continue to fish for other species while reducing the potential of incidentally catching walleye during their spawning season.


After further consideration, Fisheries and Law Enforcement divisions recommend several changes to alleviate angler confusion related to the current regulations while also maintaining the desired protections for spawning walleye. The Department recommends that anglers be limited to using only unweighted single-pointed hooks, natural bait, and sinkers or weights, or artificial lures with unweighted single-pointed hooks. (As a result, anglers would also be allowed to use angling methods that are commonly used for fish species that have an open fishing season during the closed walleye possession season.)

These recommendations will increase angler opportunities for species other than walleye while also maintaining the desired protection the valued walleye population that provides the robust recreational fishery in the Saginaw Bay region.
FISHERIES ORDER HOOK AND LINE RESTRICTIONS DURING WALLEYE SPAWNING RUNS Order 226.21 By authority conferred on the Natural Resources Commission and the Department of Natural Resources by Part 487 of 1994 PA 451, MCL 324.48701 to 324.48740, ordered on October 8, 2020, the following section(s) of the Fisheries Order shall read effective April 1, 2021, except as otherwise provided: 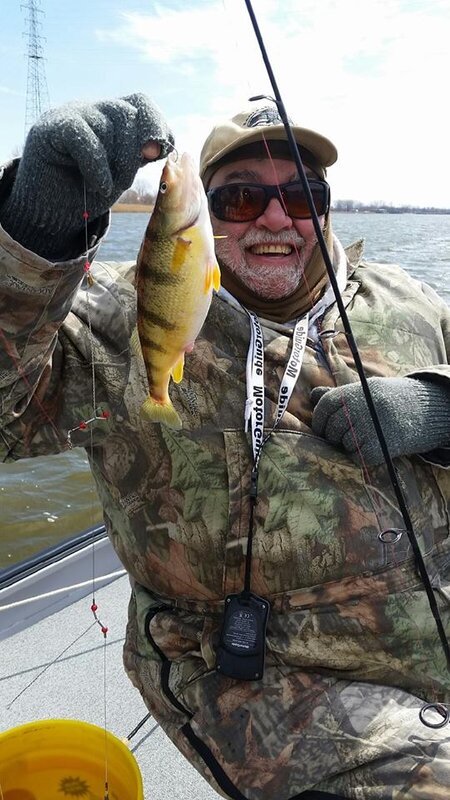 Not everyone will agree with, understand you, like you, appreciate your character, personality or politics. Not even a few benefiting from your knowledge and/or generosity. But stay true to your beliefs and convictions.
Top
Post Reply
1 post • Page 1 of 1

Users browsing this forum: No registered users and 12 guests